Why I enjoy short films over features

Posted on October 19, 2015 by raeshellecooke

Here’s another long one! The films I love writing and shooting are short stories. I haven’t gotten into features yet. Features are great because that’s how you get paid as a Director, but I really love writing and shooting shorts. Before I get into why I love doing shorts I wanna make it clear I would love to make a feature one day, when I have mastered my craft of directing and even having the resources and budget to take on such a project. I used to be one of those people that thought shorts were meaningless, and at the time I wanted to write features over shorts for that reason. But I just didn’t discover what I have now, at that time. Oh I also very much admire other Filmmakers who have done features and are doing them and getting paid. I’ve written a few feature-length scripts and I wanna shoot two of them especially. One is the feature-length version of “What’s the Problem With Bill Winer?” The other is a story inspired by Fleetwood Mac and their “Rumors” album, but only it’s a personal take on a young black woman growing up in the 1970s who aspires to be a rock star. I can’t wait to one day film these features. But I’m not at that point yet because of a lack of resources, and I wanna make sure my directing skills are the best. I’m not a fan of wasting my time or others’. But it’s also a lack of urgency and interest, if I’m honest, and here’s why.

One of my friends who’s also a filmmaker asked me something like “What is your goal as far as when you’ll make your feature? 5 years from now?” Idk, something like that. He asked me in a way that implied I even wanna make a feature right now. To be honest I don’t wanna make a feature-length film right now. Other than the possibility of earning money, I don’t know…I’m having too much fun writing the short stories. There’s something fascinating, intriguing and interesting about the art of short film, the art of short stories. It’s different from features. When I think about features I think about typical Hollywood-type movies. You know, they’re structured and the scripts go by all these industry rules, and you need to know how to “pitch” to someone so they can care about your story, a concept I don’t understand cause I don’t function that way….they all look, feel and sound the same. I feel I’d be limited in my desires and creativity because I’m trying to make it a “feature” to sell. 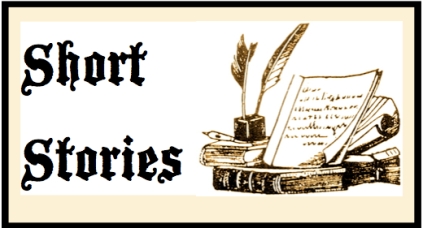 Shorts are different to me. Story fuels this form of filmmaking, not money in my opinion. Since you have so little time to tell a story, you use this opportunity to tell a clever joke, or a riddle that you leave the audience to solve, or you let your emotions out. With shorts it’s more about how clever and creative you can be within a limited amount of time. It’s a fun challenge for me and for the audience. I’ve always LOVED my English Literature classes because I loved reading short stories. I hated reading novels. I had no patience for it. But short stories were WONDERFUL. There was always a point to the story; there was always a challenge for me to solve. There was a twist, or a riddle, or a joke or punchline, or just a short profile on a person who was interesting, and it didn’t go on and on with baseless dialog and scenes or whatever. It was always quick, to the point and interesting….shocking…interactive…it was different. That’s how I feel about shorts.

I don’t find fun in forcing myself to create something just for the sake of getting paid or just to satisfy an agreement or contract or whatever, and make it how everyone else wants me to make it (industry acceptable or whatever). I like writing how I wanna write, not following rules that I think are ridiculous and irrelevant…annoying. I do however find great fun in creating a story that’s clever and that challenges me personally to write it in a  way that tricks the audiences, or makes them feel or think, and in a limited time. And I’m not committed to trying to make it this long or that long, with these rules and this budget and so on and so forth. And you only do it when you’ve been inspired, when you have something to say. It’s strictly about the creative process. It’s authentic. It’s about playing games with your audience. It’s about letting your emotions out if you’re pissed off or happy. It’s about things that matter.

I love short stories and enjoy making them and watching what others have made. It’s fun. The new short I (finally) wrote is called His Interlude, and it’s about a woman who tells her side of why a seemingly perfect relationship didn’t work out. It’s narrated by music and voice-overs. Can’t wait to get started. It’s inspired by personal experience, but most importantly by Drake’s song “My Side” off his mixtape “If you’re reading this it’s too late”. There would be NO His Interlude without My Side. Well, my experience was there long before I ever heard the song, but I wouldn’t have been inspired to create what you are about to see, if it wasn’t for My Side. Thank you again Drake.

If you’re not familiar with my shorts, go to http://www.vimeo.com/raeshelle and take a look at them. I totally wanna do features when I finally have the resources, and would love to make money writing and directing, but I’m having fun making shorts merely because with shorts it’s less forced and there’s more freedom to be clever, witty and emotional…to be yourself. There’s a limited time to do that too, like to challenge yourself and the viewers…it’s like that’s the main purpose of a short. It’s like reading a short story in a literature book, or watching a short episode of The Twilight Zone, or reading a poem, or listening to a song. There’s a purpose to shorts, whether by film or Literature, there’s a purpose I find, and it’s really cool. It’s really fun. That’s why I really like it.

PS: I’ve seen some high industry people who have said you’re not a real Filmmaker unless you’re getting paid and that there’s no point to shorts unless you’re getting distributed, etc. Send them this blog or just stop talking to them immediately. If you’re doing what you love and it helps you and fulfills you, it matters, it’s legit and you ought to keep on doing it.